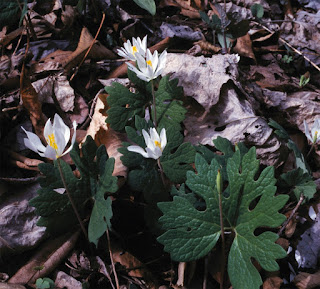 It starts with a dry throat and cough. Then the sinuses hurt and you get a headache.  You have nausea, and maybe even vomiting.  Possibly diarrhea.  Ears feel stopped up.  Eventually when the chest congestion starts, there is burning in your chest and your feet and hands might also feel hot even though the rest of you goes through bouts of chills.  Just when you think you're getting better, you get a fever, headache or cough again. This thing just wont go away!

Everyone is getting the flu.  This flu hits all areas of the body making people think they have an ear infection, a sinus infection, tonsillitis or bacterial bronchitis. Because of the spasmodic cough that is worse at night, some think they have pertussis. This fever feels terrible and drives people to the hospital in numbers far greater than the previous flu season. That could be the reason flu counts have gone up. But it is viral, so antibiotics may not do anything. Anti-viral medications can be expensive.  But there is help in homeopathy.

Sanguinaria canadensis, the plant, or bloodroot as it's sometimes called, is popping up in the warmer areas of northern north America.  It pops up in late winter/early spring, making it great for the flu that has just arrived.  Although one doesn't use the flowers or leaves, if one didn't gather, dry and tincture the root of this plant in fall, the new sprouts show the forager where the rhizomes can be found.  I prefer using sanguinaria in it's homeopathic form which is easily stored at room temperature for several years.

Sanguinaria is a perfect example of 'like cures like'.  Native americans used it to induce vomiting for cleansing purposes. But we can use it for much more than nausea.

HEADACHE:
The headache in this flu is usually in the forehead or temples and could be construed as sinus pain.  But the occiput (back base of the head) is also sore and it feels as if this headache from occiput to the right eye is due to a much needed neck adjustment.  The headache is worse with light sound and movement (whereas in Belladonna it's worse only with stooping movements).  Even moving the eyes hurts.  (This is why it can be confused with a Bryonia flu, known for being worse with movement, particularly moving the eyes and also known for dryness of the throat and cough).  Normally, a  person sick in bed could at least enjoy TV, but these symptoms (worse light, worse sound, worse movement of the eyes) make this flu truly unbearable.

EARS, NOSE, and THROAT
I've had a few patients say that their ears feel stopped up, like their adenoids are swollen and eustachian tubes blocked.  This is even true of one patient who has had her adenoids and tonsils removed.  Not everyone gets the ear symptoms, but those that are prone to ear symptoms do.  Also, a hoarse voice or even total loss of voice has been apparent this season.

CHEST
Although the cough feels dry in the throat, there can be easy expectoration of phlegm.  The phlegm can be pink, rusty or even bloody if the inflammation has gone on long enough (NOTE: BLOODY SPUTUM IS A REASON TO VISIT A HOSPITAL OR DOCTOR AS SOON AS POSSIBLE).  The most noteable symptom, which was really the tip-off for this flu, is that people feel a burning behind the sternum.

TEMPERATURE
With a sanguinaria flu, you can alternate between hot and cold without the usual amelioration from breaking a fever.  The interesting thing about a Sanguinaria fever is while your body may be experiencing chills, your feet feel burning hot making you want to have them out of the covers or even touching a cold surface.

The chill, irritabililty, and headache worse with movement led me to take Bryonia when I felt like I was getting the flu 3 days ago.  (Sanguinaria can want to be held but also be irritable while Bryonia types are irritable and want to be left alone).  I thought that some people I had talked to needed Sanguinaria but wasn't sure until I tried it on myself.  Bryonia, a more common flu remedy, did almost immediately relieve the chills I was experiencing.   However my palms and soles of my feet became hot, burning almost as soon as the chills went away.  Then I knew it was likely Sanguinaria that I needed.  The next day, I put some Sanguinaria 200c pellets in water, took 3 doses throughout the day and felt perfectly fine by bedtime.  I wasn't resting that day either--had errans to run--so it wasn't just taking it easy that made things better.  The only symptoms I had were the headache, nausea, feeling of fever while chilled and burning sinuses causing a headache.  Sounds like many symptoms, but since I caught it early, it only lasted a day or so and did not result in the bronchitis or vomiting that has happened to other people I know.

Sanguinaria can be used palliatively throughout a flu even if Sanguinaria isn't the "genus epidemicus" of the flu.    I suppose this can be said of several flu remedies however: Gelsemium, Bryonia, Nux vomica, Arsenicum, and others.  Remember that Phosphorus is also indicated in coughs worse and night with burning under the sternum. For more complete discussion of Phosphorus see Flucaster:Phosphorus

If you find the Sanguinaria plant in your area, tell me about it or send a picture!  To see my website for more information, go to www.drsherylwagner.com
Posted by Dr. Sheryl Wagner at 1:59 PM