There has been a large amount of nausea going around.  People are getting the flu, some with diarrhea, some with vomiting, most with a little fever. All have nausea. 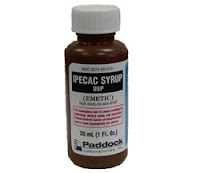 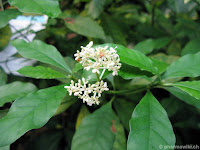 When it comes to nausea, Ipecac is often the top remedy to take. Not Ipecac in a bottle that you give your kids when they eat poison. Homeopathic Ipecacuanha.  Liquid Ipecac causes vomiting and as usual, according to like-cures-like theory, homeopathic Ipecac helps relieve nausea.

Homeopathic Ipecac can be used for nausea and vomiting with cough, migraine, labor, and dysmenorrhea (painful menses). It is indicated for rattling cough in warm humid weather and asthmatic bronchitis,  making this remedy especially useful in summertime. In addition, it may be used for motion sickness nausea, which typically will happen on a boat, and boats are especially used in summertime.

Croup can have vomiting or coughing until gagging as a hallmark and Ipecac can be used to relieve cough due to pertussis. (it is recommended that antibiotic therapy be co-administered especially in anyone with asthma or other respiratory trouble).

This summer, many people have had one to two weeks of nausea, low grade fever (higher fever in babies), and some with abdominal cramps.  Certainly there are other differential diagnoses with these same symptoms but among the patients I have seen who have also been to the ER or seen their MD  none had any other complicating diagnoses and none had any other symptoms or sequelae.

When we see vomiting and diarrhea we usually think of Veratrum album. However, this sickness going around is not as intense as veratrum. The diarrhea may come on for a few days before the nausea. The patient does not get dehydrated from vomiting and diarrhea together. Most do not have vomiting at all, just the nausea. Also the thought or smell of food may make them more nauseous.  In addition, they may have very stiff muscles of the face and neck during the cough as well as aching in the bones, particularly the legs.

So far, Ipecac has helped a great deal. Does it cure the virus?  The virus may last just as long as if the patient did not take the Ipecac. However, even if a person had to take two to three doses of Ipecac homeopathic daily for four or more days, that person could go on with their daily life or at least rest at home free of nausea while they recover.  So far, low dose Ipecac (12c) has worked well.

Ipecac can also be used for chronic asthma and any tendency to nausea and hemorrhage.
Posted by Dr. Sheryl Wagner at 10:08 PM