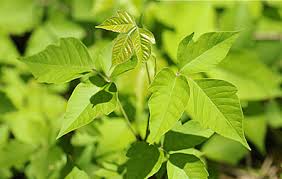 One of my colleagues who has chronic asthma recently recovered from a fairly severe case of COVID. Honestly if she would have gone to the ER she likely would have been put on a ventilator. Luckily, she did not do that and treated herself at home with supplements, inhalers, breathing treatments, many forms of heat, and a CPAP.  The worst part of her time was 4 days in which she had pain with every breath and pain in most of her joints.

When she reported her case to me, these were her main signs and symptoms:
-painful breath
-painful joints/muscles
-high fever with some sweating but wants to be warm and wrapped up.
-hot showers, hot tea and hot soup all help with cough and pain. She took a long hot steamy shower every day
-chest is tight, as if a band is around it
-bone pain better with movement, she wanted to constantly move to help the pain
-headache terrible, nothing making it better except for being asleep
-fatigue was crushing as if she could not move. She was trying to lie perfectly still except the tiny movements that helped the joint pain
-restless

In the Desktop Companion to Physical Pathology, Roger Morrison describes the Rhus tox flu like this:

-flu with anguish, aching and restlessness
-moderate to high fever
-chills especially from uncovering or draft (this is similar to BRYONIA)
-chilly and relieved by warm baths, applications or drinks (actually we know that Rhus tox is usually better with piping hot things)
-pains ameliorated by nearly constant movements

It is also a pneumonia remedy. Roger Morrison lists these symptoms:

While there are more lung symptoms with COVID which are not described here but the ones that are described do fit. The flu symptoms certainly all fit.

I showed my colleague Morrison's description and she said that 'anguish' really describes it well.

I normally use Rhus tox for arthritis (especially arthritis which is worse by eating nightshades) and for lyme disease. Rhus tox is poison ivy. I think that since lyme originates in the forest (via ticks), it's neat that the cure (for many people) is also from the forest.

Please, start using Rhus tox and let me know how it goes.  I was not able to give it to my colleague because I spoke with her after she had recovered.